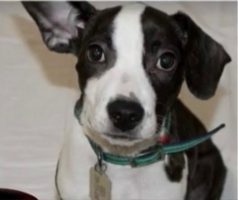 Saratoga County District Attorney Karen A. Heggen reports that Aaron Brinkley (dob 1/26/87) of Saratoga Springs, New York, was sentenced today by Saratoga County Court Judge James A. Murphy following Brinkley’s conviction by a trial jury on September 24, 2018 of Aggravated Animal Cruelty, in violation of Agriculture and Markets Law Section 353-a. Judge Murphy imposed a sentence of a definite term of 2 years in the Saratoga County Correctional facility, the maximum sentenced allowed by law.

Brinkley’s conviction stems from an incident in the City of Saratoga Springs on October 6, 2017. The evidence presented at trial proved that Brinkley brutally beat his 29 pound Boston Terrier “Riko,” with a hammer, inflicting injuries that ultimately led to Riko’s death. The jury heard evidence that the Brinkley hit Riko several times and in response, Riko bit Brinkley on the thumb. Brinkley retaliated by beating Riko with a hammer causing serious injuries including fractured teeth and internal trauma. Brinkley then tossed Riko on the balcony where he died of his injuries.

In addition to the above sentence Judge Murphy also imposed a Court Order prohibiting Brinkley from owning any animals for a period of 50 years. As noted at sentencing by trial attorney Assistant District Attorney Katherine DeMartino and echoed by Judge Murphy, Aaron Brinkley’s conduct demonstrates a complete and utter disregard for life.  District Attorney Heggen noted that “ [T]his is another tragic case where an animal is subjected to continuous, cruel and substantial violence, resulting in death.  Through the collaborative efforts of the Saratoga Springs Police Department and ADA DeMartino, a complete picture was painted for the trial jury, which showed the terrible injuries sustained by Riko the Boston Terrier.  While no sentence can ever bring back Riko, we believe the sentence today is a just result”.