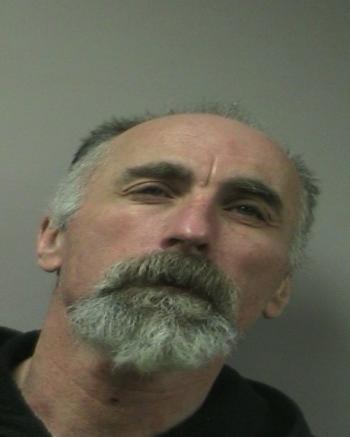 Saratoga County District Attorney James A. Murphy III announced today that Lance Leonard (10-1-63) of Cuttyhunk, MA, was sentenced today based upon his conviction to the highest charge possible, that of Coercion in the First Degree in violation of Section 135.65(1) of the Penal Law, a Class “D” Felony, based upon his threatening statements that caused the Saratoga Springs Police Department to lock down Skidmore campus on March 2, 2013, to ensure the safety of students and staff. The defendant was sentenced to a period of incarceration consisting of the time that has already been served, roughly 3 months, together with five years’ probation. An eight year “stay away” Order of Protection was issued in favor of the victim. It should be noted that Leonard was not in the Saratoga area during this time frame and no one at the Skidmore Campus nor in the Saratoga Springs community was ultimately in any danger. Leonard was apprehended in New Jersey and extradited to New York. The in-patient psychiatric center is not in New York State and he has no reason to be in the Capital District or Saratoga area.

DA Murphy said “We treat domestic violence cases very seriously. Mr. Leonard not only threaten our victim, but also threatened the safety of our community and a college campus. Mr. Leonard pleaded guilty to the highest charge filed as this office would not consider a plea bargain of any kind due to the fear he instilled in so many. The interests of justice were served today as the victim is satisfied and the defendant served jail time, has been convicted of a felony and is in an inpatient psychiatric facility getting the medical help he needs. We are hopeful that the treatment he is Court Ordered to complete will enable him to return as a contributing member of society. If he chooses not to avail himself of the treatment, he will face 7 years in prison on a violation of probation. ”

In addition, Judge Scarano noted that the victim was fully satisfied with the disposition in the case.

DA Murphy said, “ADA Lyn Murphy (no relation) was able to secure a conviction to the highest charge without having to have the victim testify in open court and face the defendant. The power and control issues in DV cases are abundant. Allowing the defendant yet opportunity to influence the victim in the courtroom was something we were hoping not to have to go through, but of course the law requires it. Fortunately, we were able to get the conviction without the victim actually appearing and for that she is very grateful.”