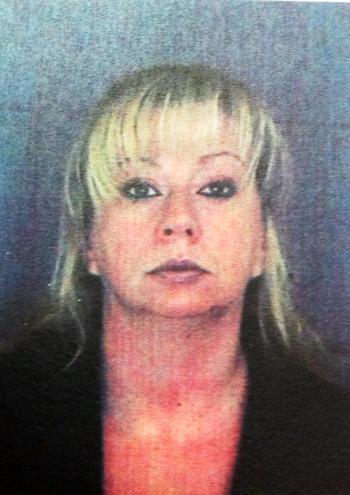 Saratoga County District Attorney James A. Murphy, III announced today the conviction of Traci L. Briskin, 39, of 614B Clifton Park Center Road, Clifton Park, NY, after a 10 day jury trial to the charges of Manslaughter 2nd, Penal Section 125.15(1) as a Class “C” Felony, and Driving While Ability Impaired in violation of Section 1192 (1) of the Vehicle and Traffic Law as a violation. The jury’s guilty verdict to the crime of Manslaughter 2nd carries with it a maximum sentence range of 5 to 15 years in state prison. The verdict stems from an incident that occurred on November 30, 2012 where Thomas Baker, 49, died as a result of his injuries as a result of the defendant driving her vehicle in a reckless manner where she crossed the center line twice, weaved, took her eyes off the road for at least 30 seconds and ran a stop sign without touching her brakes, on Jockey Street in Charlton, ultimately crashing into Baker who was driving on Route 67 and had the right of way. Baker was transported to Albany Medical Center and underwent surgery for serious injuries suffered as a result of the crash. He was in the intensive care unit at Albany Med, but after a month, on Dec. 23, 2012, Baker died of those injuries. Murphy said “We applaud the jury’s verdict because it holds Briskin criminally responsible for her reckless behavior combined with alcohol. You can’t drive recklessly while you’re impaired, take your eyes off the road, cross the center line and the fog line, run a stop sign, crash into a man and kill him and then say it’s just a mistake, as the defendant claims”. Assistant DA Mary Saldarelli assisted by First Assistant DA Karen A. Heggen tried the case. They called 15 witnesses and introduced 39 pieces of evidence. The jury deliberated for nearly 15 hours over 3 days before returning a verdict today just before 1:00 pm. Murphy said “ADA Saldarelli did an outstanding job demonstrating to a jury just how reckless Briskin was and how little she cared about others lives on the road. Her trial preparation was outstanding and taking a complicated case and boiling it down to its essential elements was critical to allow the jury to reach a just verdict.” Sentencing will occur on December 2, 2013 at 1:15 pm before Judge Jerry J. Scarano in County Court, Ballston Spa, NY.