Hundreds of arrests at SPAC over 3 day Phish concert 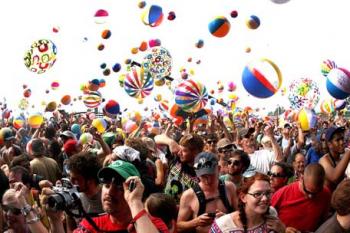 Phish concert at SPAC results in hundreds of arrests over 3 days involving Ketamine (Special K), LSD laced gummy bears, heroine and ecstasy as well as one death due to drug overdose.

Saratoga County District Attorney James A. Murphy III announced today combined totals of arrests from the Saratoga Springs Police Department and the New York State Park Police, and New York State Police all relating to the 3 day Phish concert at SPAC this past weekend.
The Saratoga Springs City Court Judges conducted arraignments at the Lincoln Baths, Office of Court Administration throughout the night and the Office of the District Attorney was available for providing bail recommendations all night long over the weekend. Shuttles between the “courthouse” and the jail ran all night transporting charged defendants to the Saratoga county Correctional Facility until this morning’s appearance in Saratoga Springs City Court when most of the defendant’s cases were returnavble. 4 assistant district attorneys were asssigned to handle the extra volume rather than just one due to the high number of arrests.
During the Phish concert, law enforcement reported that in one case an individual was taken to Albany Medical Center due to a drug overdose and died as a result of that drug overdose. In another case law enforcement discovered gummy bears which contained what field tested to be LSD.

The breakdown by law enforcement is as follows:

No further comment will be forthcoming from the DA at this time.