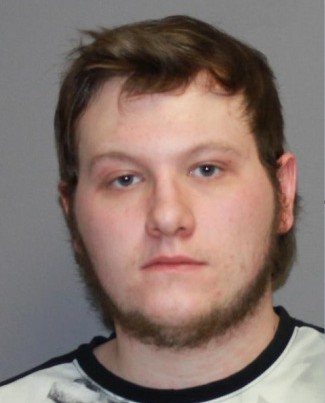 Saratoga County District Attorney Karen A. Heggen announced today that Scott M. Cusson, Jr. (dob 4/22/95) plead guilty in the Saratoga County Court to the charge of Aggravated Cruelty to Animals, in violation of Agricultural and Markets Law Section 353-a(1), “Buster’s Law”, a class “E” felony, before Saratoga County Court Judge James A. Murphy, III. Cusson admitted that on February 9, 2015, in the Town of Halfmoon, that “he intentionally caused serious physical injury to Roxy the dog”, with no justifiable purpose. Defendant Cusson acknowledged that he sprayed isopropyl alcohol on the dog and lit the alcohol, causing injuries to the dog’s face and ear.

The injuries were discovered several days later when the dog was finally taken to a local vet. The vet assessed the injuries and contacted the New York State Police in Clifton Park, who conducted a thorough investigation and identified Cusson as the perpetrator of the injuries.

DA Heggen stated that “this is a case of horrific injuries caused by the Defendant to an innocent animal. The photographs depict in ways words cannot describe the extent of the injuries suffered by Roxy the dog. My office was adamant that we would not plea bargain this case in any way. I am firm in my conviction to hold accountable people who harm innocent animals and I believe this case provides justice today for Roxy”.   Roxy was removed from the residence where this incident occurred and was subsequently forfeited by her owner and adopted locally by a loving and caring family.

The defendant is expected to be sentenced to a term of state prison when he is sentenced on September 25, 2015 at 9:00 am.