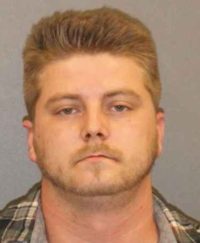 Saratoga County District Attorney Karen A. Heggen announces today that Jeremy Molnar, (DOB 4/5/1994) of Greenfield, NY was sentenced to an indeterminate term of incarceration of between two-six years in State Prison following his February 24, 2022 plea of guilty to Vehicular Assault in the First Degree, a “Class D” Felony in Violation of New York Penal Law § 120.04(2)(b).

At the time of his plea, Defendant Molnar admitted that on May 16, 2021 he caused serious physical injury to the victim, April Odonahoe, while operating a motor vehicle when his blood alcohol content was above the legal limit of .08, and did so while knowing or having reason to know his driving privileges in New York were suspended.

District Attorney Heggen thanks the members of the Saratoga County Sherriff’s Department for their hard work and thorough investigation both on the day of the crash and in the days thereafter to ensure that justice was done and that Molnar was held accountable. The case was prosecuted by Assistant District Attorney Samuel Maxwell.