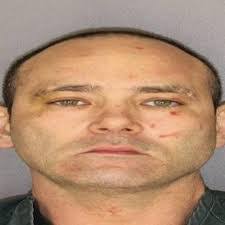 The charges stem from an incident that occurred on April 7, 2018 on Grange Road in the Town of Greenfield.  Defendant Lerario argued that day with his girlfriend at their residence.  That argument escalated and Lerario armed himself with a 20-gauge Stoeger Coach double barrel shot gun, leveled it at the victim and fired at close range, hitting the victim in the head.  She sustained significant injuries, including the loss of her right eye, brain injury, and facial fractures.  She testified at the trial, providing details about the day of the shooting and the extent of her injuries.

DA Heggen praised the strength and courage the victim exhibited in this case.  “The victim sustained life-altering injuries in this case.  The defendant’s actions caused her to lose sight and use of her right eye, along with other injuries to her head.  She continues to engage in treatment for her physical injuries.  Throughout this past year, she has demonstrated an inner strength regarding her physical recovery, as well as a witness as to the violent, intentional actions of Stephen Lerario.  The jury’s guilty verdict today concludes a year of significant issues for the victim.”

Heggen also noted the extraordinary efforts and work of the members of the law enforcement community.  “From the City of Saratoga Springs officers who initially encountered the defendant, to the thorough and complete investigation by the Saratoga County Sheriff’s Office, to the meticulous work by the New York State Police Forensic Identification Unit, the evidence was overwhelming to prove the case against defendant Lerario”.