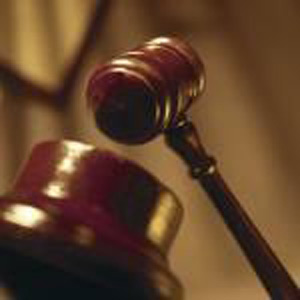 Saratoga County District Attorney James A. Murphy, III announced today that his office received a Decision and Order from Greenfield Town Justice Michael P. Ginley regarding the Violation of Probation pending concerning Ann Arnold. The Violation of Probation petition filed by the Saratoga County Probation Department on November 7, 2013 alleged that Ann Arnold had violated three conditions of her probation. Following a hearing that was held over the course of two days during which the Court heard from more than 8 witnesses, Judge Ginley issued a written decision today finding that Ann Arnold had not violated by a preponderance of the evidence the three conditions of her probation that were alleged in the Petition.

Specifically, as it relates to the first alleged violation, that she did not notify Probation of her change of residence prior to moving, the Court held that: “While the general intent of the provision in question is to allow Probation to know the whereabouts of the Defendant at any given time, the use of the word “promptly” in the 7/17/2012 Terms of Probation is not specific enough in nature to require that the Defendant notify Probation prior to her moving to a new residence. Thus, the Defendant’s notification to Probation, via email, the day after she moved was in compliance with the Probation condition, as written. ”

As to the second alleged violation, that the Defendant maintained horses on her premises on November 2, 2013, the Court held that “While she may have been present when the horses were delivered on 11/2/2013, there is no evidence that she physically maintained or cared for the horses on that specific date.”

The Court further ordered the modification of the terms of the Defendant’s probation “…to provide clarity going forward to the Defendant, [who continues to be on probation for the remainder of the three year term of probation,] as well as the Probation Department”. The Court has directed that six (6) additional Terms of Probation be added to her current terms and conditions of Probation, including:

District Attorney Murphy noted that his office respects the decision of Judge Ginley and notes that the continuing concerns regarding the condition of the horses currently located at 131 Wilton Greenfield Road, Town of Greenfield, are currently the subject of charges (3 counts of Failure to Provide Proper Sustenance Agriculture and Markets Law Section 353) that are pending in the Greenfield Town Court against the caretaker James Foster and Ann Arnold’s brother, Duane Carpenter. Carpenter is the purported owner of the horse and the property at 131 Wilton Greenfield Road. Those cases are next scheduled for appearances on February 18, 2014 at 9:00 am for Foster, and February 4, 2014 for Carpenter.