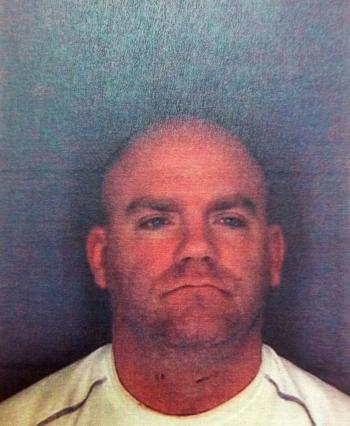 New York State’s highest court, the Court of Appeals, denied former Albany Police Officer Robert Schunk’s last chance for an appeal of his conviction after a jury trial in Halfmoon Town Court for his conviction to the charges of:

stemming from an incident where he kicked in a locked bathroom door causing damage to the door in an attempt to get to the victim who was taking a shower because he had poured a beer over her head. The incident occurred in the Town of Halfmoon on April 3, 2010. The Sherriff’s Department investigated and made the arrest on April 4, 2010.

On March 8, 2012, Assistant DA Lyn Murphy tried the case in Halfmoon Town Court before the Hon. Les A. Wormuth. Shortly thereafter, a jury of 6 convicted Schunk after a 4 day trial and found him guilty of the 2 charges after several hours of deliberation. Schunk appealed to Saratoga County Court where Judge Jerry J. Scarano affirmed the jury’s decision on April 11, 2013. Schunk then appealed to the Court of Appeals, which denied to hear his case.

Schunk is no longer a police officer.

Schunk did not have to start his jail time until his appeals were concluded.

Since the court has now ruled, the Halfmoon Town Court will set a date for Schunk to surrender himself into the custody of the Saratoga County Sheriff.