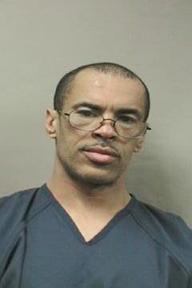 Duffney of house raided by the Saratoga Springs Police, NYSP and DEA pleads guilty to a felony assault and will receive 3 years in prison when sentenced in August 2013.

Saratoga County District Attorney James A. Murphy, III announced today the conviction of Russell Duffney, Jr. DOB 12/16/1966 of 149 Grand Ave, Saratoga Springs, to the crime of Assault in the 2nd Degree in Violation of Section 120.05(2) of the Penal Law as a Class D Violent felony. This incident stems from an arrest of Mr. Duffney on April 9, 2013 at 149 Grand Avenue, Saratoga Springs wherein Duffney and others were having a cook out at that location, which is the house that was recently raided by the SSPD and the NYSP and the DEA . On April 9, Duffney came outside the house to attend the cook out and became involved in an argument with one of the attendees (not the ultimate victim). The victim stepped between Duffney and the attendee and Duffney struck the victim with a “dangerous instrument” in the side of the head which caused physical injury, specifically a laceration to the ear which required sutures and which also caused an abrasion and contusions to the face and cheek area. The police initially charged Assault in the First degree as a Class B felony, as they believed at the time due to the amount of blood, that the injuries may have been defined as “serious physical injury”, but doctors later confirmed that the injuries were less serious than originally thought and fortunately, the victim has since made a full recovery.

In addition, police were given initial conflicting reports regarding the “dangerous instrument” that Duffney allegedly used. Some witnesses described a 36″ machete while others described a stick, a board, a piece of paneling and/ or a wooden object. No machete, knife or sword like object was ever recovered despite the SSPD searching the area and neighborhood thoroughly. A piece of paneling measuring roughly 36″ was recovered nearby.

The cookout was attended by a number of witnesses some of whom observed the actual assault, but remarkably gave differing versions of the cause and the type of the “dangerous instrument”. Other witnesses who “resided” at the 149 Grand Avenue address refused to cooperate with police.

“The victim unfortunately, did not have as clear a memory about the assault as he would have had due to his unrelated voluntary intoxication at the time,” District Attorney Murphy said. “Duffney will be sentenced to 3 years in state prison and 5 years of post-release supervision for the assault upon the victim which given the circumstances of this case is an acceptable outcome for all parties. Most importantly Duffney is no longer a resident of 149 Grand Avenue which was recently raided by law enforcement and that building has been condemned by the city. I know from speaking to the people who live in and around Grand Avenue and Beekman Street, that they are relieved to have the drug traffic that was going on in their neighborhood gone and Duffney removed from the street for a long time.”