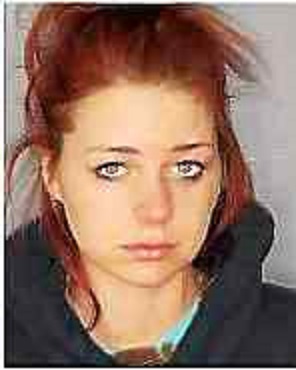 Also Convicted for Causing Serious Physical Injuries to Another Motorist

Defendant Pecor admitted today that on February 5, 2017, she was under the influence of alprazolam, commonly known as Zanax, and nordiazepam, an active metabolite of what is commonly known as Valium, when she drove her vehicle on Route 9N in the Town of Hadley with her 18-month-old daughter in the car.  The police investigation revealed that the defendant, for no apparent reason, crossed from her lane of travel into the on-coming traffic lane and hit the victim’s car head-on.  The operator of that vehicle suffered multiple serious injuries and continues to receive rehabilitative services and support.  The investigation by the Saratoga County Sheriff’s Office revealed that the child seat where her daughter sat was improperly installed and therefore did not function as designed.  This contributed to the injuries that ultimately caused her daughter’s death.

District Attorney Heggen noted “defendant Pecor’s choice to operate a motor vehicle while impaired and under the combined influence of Zanax and Valium brought about a tragedy for all involved.  Her terrible decision resulted in the loss of her daughter’s life and caused serious physical injuries to the operator of the vehicle she struck head-on.  All three lives are forever gravely impacted by the defendant’s tragic choice to drive while under the influence of drugs”.

The defendant will be sentenced on September 5, 2017 at 1:30 pm.  The case was prosecuted by Assistant District Attorney Katherine J. Demartino of the Vehicular Crimes Unit.