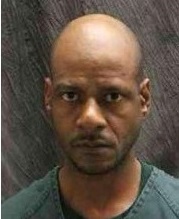 Saratoga County District Attorney Karen A. Heggen announced today that Cleveland Francis (DOB 7-5-73) of Mount Vernon, NY was sentenced before Saratoga County Court Judge James A. Murphy, III, to 12 years in prison plus 5 years of post-release supervision for his September 12, 2018 guilty plea to the Class “A-1” Felony of Criminal Sale of a Controlled Substance in the First Degree, in violation of New York State Penal Law Section 220.43(1).  The charges stemmed from a major drug bust by the Saratoga County Sheriff’s Department on March 4, 2018.  Defendant Francis was the main supplier for defendant Dennis Jones, who was identified by law enforcement of being a significant seller of cocaine in Saratoga County.  Jones was sentenced to 14 years in prison by Judge Murphy following his conviction for selling cocaine in the region.

DA Heggen stated, “Law enforcement deemed Dennis Jones to be a significant seller of cocaine in Saratoga County, but his trafficking could not have thrived without the help and supply from Cleveland Francis.  The investigation in this case revealed that defendant Francis often delivered up to a kilo of cocaine to defendant Jones every few months from the New York City area.  Given the two defendants’ prior criminal history, my office sought a plea to the highest charge facing both defendants. The Saratoga County Sheriff’s Department worked tirelessly to connect the dots in this investigation, resulting in the arrest and subsequent seizure of the drugs and illegal proceeds”.

Heggen praised the work of Saratoga County Sheriff Michael Zurlo and his narcotics Sergeant Keith Clinton for their detailed and thorough investigation, as well as the New York State Police and DEA for their support and assistance.  The case was prosecuted by Assistant District Attorney Jesse L. Ashdown.