Domestic Violence Rape Crisis of Saratoga County noticed a disturbing trend in teen rape statistics and does something about it. 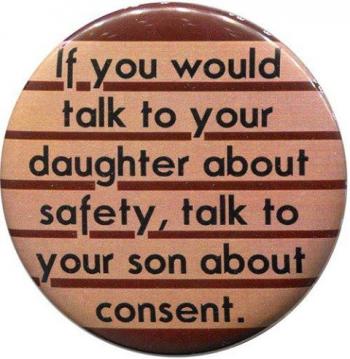 Rape or Regret? A Jury’s Dilemma: A Court Room Drama

Domestic Violence and Rape Crisis Services of Saratoga County (DVRC) noticed a disturbing trend concerning their sexual assault clients in 2010 and 2011. In 2010, more than 25% of sexual assault victims DVRC accompanied to the hospital were between the ages of 13-19 years old. In 2011, the percentage rose to more than 34% and in 2012 it rose again to 36 percent. This motivated DVRC to study these client cases to identify similarities in circumstances. Through this research, DVRC discovered a pattern of events. The majority of the cases between the ages of 13-19 years old had at least two out of these three factors involved:

1. the victim was under the influence of alcohol,

2. the sexual assault happened either during or after a teen gathering (i.e. underage drinking party), and/or

3. the victim was acquainted with the perpetrator (i.e. partner, ex-partner, friend, co-worker).

Many cases involved all three components.

DVRC decided to collaborate with Community Allies on this project because it involved bringing awareness to youth. Community Allies members used their combined knowledge of educational tools to develop a mock trial covering the three factors of sexual assault amongst teens. To make sure students still felt involved with the lesson; we created the opportunity for them to watch the trial as if they were the jury to determine the perpetrator’s guilt.

With DVRC’s guidance, The Ballston Area Community Allies wrote a script that they felt would compel participants to think about the issue of sexual assault and how it can affect the lives of the victim, perpetrator, their associates, and the whole community.

The defendant, 18 year old Ryan Kelly, is being accused of rape by Tonya Jacobs, an acquaintance he knew from high school. Eleven months before the trial, Ryan and Tonya had both attended a Halloween party at a mutual friend’s house, Kayla Chase.

During the party, they consensually drank alcohol, flirted, and kissed. Ryan and Tonya then had sexual intercourse in Kayla’s bedroom later that night. Tonya’s version of the sexual encounter is that Ryan physically forced her to have sex. Ryan holds fast that it was a consensual act. Tonya reported to the police the next day and went to the hospital to have a sexual assault exam. Ryan’s defense is Tonya is angry he did not want to formally date her and so she falsely reported the incident as rape for revenge.

During the trial, students listen to the opening and closing statements of the Prosecutor Abbott and Defense Attorney Gibson, the testimony and cross-examinations of Tony and Ryan, as well as a narration of the sexual assault nurse examiner, investigator, Kayla, and another attendee at the party, Cory’s, testimonies, and Judge Johanssen’s instructions to the jury.

It is the students’ responsibility to act as jury to decide whether Ryan is guilty of the crime of rape. Through discussion, students learn what sexual assault is, the prevalence of rape in Saratoga County, the importance of giving and receiving consent, the relationships between sexual assault and alcohol, and guidelines to increase their safety at social events. The ultimate question is: Was it Rape or Regret?

The film has been shown at Ballston Spa, Shenendehowa, and South Glens Falls High Schools including an hour and a half of instruction on sexual assault. It was also presented at The Saratoga Film Forum for an open public discussion.

Want to know how the kids feel about the movie?

Read some of the quotes from students who have watched the film below and listened to the presentation.

• “It contained insight in to what it really means to be sexually assaulted/raped and helped prepare me should I need to act in a situation like that.”

• “I like how everything was very relative to our age group…”

• “…I also enjoyed that we got to deliberate and decided the case ourselves.

• “It provided a scenario to help us better under-stand what we had learned about sexual assault.”

• “The film emphasized the fact that rape isn’t necessarily a brutally violent crime brought on by strangers in all situations, but that they can happen to anyone…”

• “The film…make me feel more involved in the lesson.”

• “I liked that the presentation gave information about something that isn’t necessarily talked about in school.”

• It was a combination of cases that occurred in our area, so it was personal. Showed how sexual assault could happen anywhere, to anyone, at any time.”

• “I like how realistic it is. I have had friends in the past who this has happened to. All similar situations. I’m glad health class helps students be aware of rape and how to prevent it. THANK YOU.”

• “I think that the film raised my awareness on sexual assault. I now know that I could help someone if they were intoxicated and at risk.”

• “I liked how realistic it was, as if we were in the courtroom ourselves. I liked being able to see both sides and their reactions…”

Ballston Area Community Allies is funded by the NYS Department of Health and is a program of Domestic Violence & Rape Crisis Services of Saratoga County.