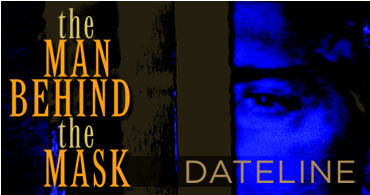 The story of how Saratoga Springs law enforcement helped bring John F. Regan to justice for the attempted abduction of a high school track runner and a 1993 sexual assault in Connecticut will air at 7 p.m. Sunday on “Dateline NBC.” “The Man Behind the Mask” explores the crimes of John F. Regan, a 50-year-old Waterbury, CT, resident, who tried to grab Saratoga Springs teenager Lindsey Ferguson in the high school’s parking lot after a track and field practice in October 2005.

His subsequent arrest by Saratoga Springs police led to Regan being prosecuted for the 1993 rape of Donna Palomba of Waterbury. Regan was charged with felony kidnapping in the Palomba case because the five-year statute of limitations on sexual assault and burglary had passed.

Prior to Regan’s arrest in Saratoga Springs, Connecticut police had accused Palomba of making up the crime. She won a suit against the department for negligence.

Palomba’s story is one of survival and empowerment because it demonstrates how a victim who is in a hopeless position ultimately wins out, said Saratoga County District Attorney James A. Murphy III, who was interviewed by Dateline for more than two hours and appears on the documentary.

“We were very happy because we had taken a dangerous person off the street, and helped the Connecticut’s district attorney office with their statue of limitations,” Murphy said.

Dateline NBC’s Sara James covered the story for the two hour “Man Behind the Mask” show.

Regan was convicted and is serving 12 years for attempted second-degree kidnapping at the Clinton Correctional Facility, a maximum security prison. In addition, he is serving a concurrent Connecticut prison sentence of 15 years for kidnapping Palomba and for stalking and restraining another woman.