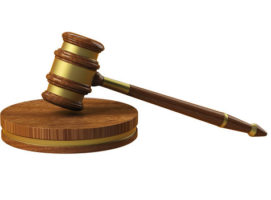 Saratoga County District Attorney Karen A. Heggen announced today that the Supreme Court, Appellate Division, Third Department, has affirmed the conviction of Connor Ash, who was found guilty of Assault in the Second Degree, in violation of Penal Law Section 120.05 (9), a Class D violent felony, and Endangering the Welfare of a Child, in violation of Penal Law Section 260.10 (1) following a 12 day trial before Saratoga County Court Judge James A. Murphy, III in February 2016.

Ash was sentenced to an aggregate seven-year prison term, to be followed by three years of postrelease supervision, after a Saratoga County jury found that he intentionally broke the right femur bone of his 85-day-old son at his residence in the Town of Halfmoon on January 1, 2015.

The case involved significant evidence from social media forums, with over 3,000 pages of Facebook messages—including many posts that reflected negative thoughts, emotions and comments about his 85-day-old son—and the testimony of several treating medical professionals who provided detailed descriptions regarding the significant injury suffered by the child and how the injury could and could not have occurred.

On appeal, the Appellate Division found that the evidence was sufficiently strong to support Ash’s conviction, approved the use of the Facebook messages as relevant to establish Ash’s intent to injure his son, and determined that Ash had received a fair trial before Judge Murphy.

DA Heggen noted: “This case involved a serious injury to a very young, very vulnerable child that occurred behind closed doors at the hands of his father. My office and the Saratoga County Sheriff’s Department vigorously pursued justice in this matter with thorough investigation, tenacious trial prosecution and competent appellate advocacy, and achieved a just result.”