The “Jane Doe No More” Fundraiser 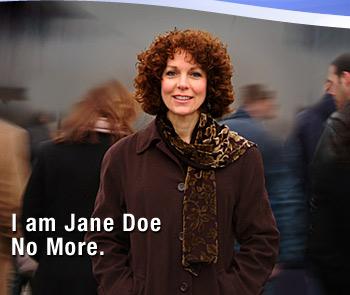 The “Jane Doe No More” Fund raiser held at Elliot and Cathy Masie’s home, to raise funds and awareness for victims’ of sexual assault and rape and for the promotion of victims’ rights was a tremendous success.  August 13, 2007, Saratoga Springs, New York.

A Community of Collaboration

Elliott Massie welcomes Donna Palomba to his wife Cathy and his home during the fund raising event and praises her efforts to help victims of sexual assault and rape.  Elliots remarks mirror those of collaboration and cooperation later given by Saratoga Springs Police Chief Edward Moore and Saratoga County District Attorney Jim Murphy who worked on the case.

Two very happy individuals finally meet after years of knowing about the other.  Here Donna Palomba, founder of “Jane Doe No More” and Lindsey Ferguson, a survivor of an attempted kidnapping meet at the Masie’s home.  Both are victims of a defendant who is now serving a lengthy state prison sentence in the states of New York and Connecticut for his admitted criminal conduct, targeting both of these women.