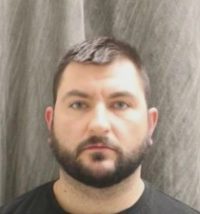 On September 24, 2021, Defendant Tenace obstructed the breathing of a person know to him at his house in the Town of Ballston on September 24, 2021.  When he refused to let the victim leave following that incident, she called her family members to come to assist her in leaving the defendant’s residence.  When the victim’s family members arrived, Defendant Tenace struck one of the family members in the back of the head with a shovel.  This second victim fell to the ground, where Tenace continued to assault him while he was unconscious.  The defendant’s criminal actions cause multiple serious physical injuries to this second victim, including a skull fracture, bleeding on the brain and traumatic brain injury.

District Attorney Heggen commented that “Both victims in this case know the defendant.  They demonstrated strength and courage in telling the trial jury about the vicious attack by Defendant Tenace.  To this day, the victim of the violent First Degree Assault continues to live with the effects of the injuries he suffered at the hands of the Defendant”.  Heggen also noted the work of the Saratoga County Sheriff’s Office in handling the investigation of the case.

The Defendant is scheduled to be sentenced in Saratoga County Court on December 6, 2022.  He faces the potential of more than 25 years in prison.  The case was prosecuted by Assistant District Attorneys Jenny Pratt and Meghan Horton.