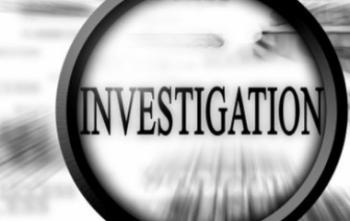 Ann Arnold alleged to have brought horses back to Greenfield in violation of Judge’s order and in Violation of Probation terms and conditions.

Saratoga County District Attorney James A. Murphy, III announced today that his office has received information from witnesses that Ann Arnold (DOB 5-29-53) of 131 Wilton-Greenfield Road, Greenfield, NY is reported to have had between 6-10 horses delivered to her property over the weekend. If the present allegations are true, this conduct would likely constitute a violation of the conditions of her probationary sentence that was imposed by Greenfield Town Court Judge Michael P. Ginley on July 17 2012.

On July 17, 2012, Judge Ginley sentenced Arnold to three years’ probation, on the conviction to 19 counts of Failure to Provide Proper Food, Water and Sustenance, in violation of Agriculture and Markets Law Section 353, and one count of Criminal Nuisance in the Second Degree, in violation of Penal Law Section 240.45(1). Each of these crimes is a Class “A” misdemeanor.

This is not the first allegation of a probation problem for Arnold. In February of 2013, Arnold admitted to a Violation of Probation stating she hadn’t paid restitution, submitted a mental health evaluation and had horses delivered to her premises. The Judge sentenced her to time served and continued her on probation once she admitted to the violation of probation and she submitted the mental health evaluation, became current on the restitution and removed the horses from the premises.

A check of restitution records today, indicated that Arnold is current on the restitution and has paid a total amount of $2,600 by making payments of $200 per month toward a total restitution amount of $7,468.11 to offset expenses incurred for caring for the horses during the criminal prosecution in 2012 by The SPCA of Upstate NY as the Judge had ordered.

District Attorney Murphy is asking that anyone who is a witness to the horses being delivered over the weekend, to please contact law enforcement to provide a sworn statement detailing what he or she saw. Those statements will then be provided to the Saratoga County Probation Department by police to serve as the basis for a Violation of Probation which will be filed in the Town of Greenfield. Once a Violation is filed, the defendant would then be served with the document and a court date would be scheduled for an arraignment.

No witness has described that the horses that were allegedly delivered are in poor health so there is no independent crime regarding neglected or abused horses.

Until such time that a Violation of Probation is filed in the Court, the District Attorney’s Office lacks jurisdiction over Arnold and she is solely under the control of the Probation Department.

DA Murphy said “Probation Director Bayle and I have discussed the situation and we are working with law enforcement to determine what exactly has happened over the weekend. We both want to see sworn statements so that we will know what the testimony will be from the witness stand. Once police have collected the witness statements and they have been provided to Saratoga County Probation, Director Bayle has assured me that a Violation of Probation will be filed if it is contrary to the terms of her probation. If that occurs, then my office will have jurisdiction over her in town court and prosecute her on the Violation of Probation.”

Arnold faces up to 1 year in jail on the Violation of Probation.

The DA will not take calls on this case as a Violation of Probation has not been filed and will rely on this release.