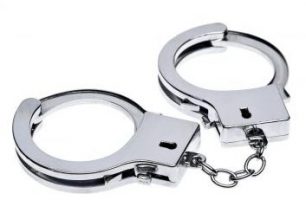 The conviction stems from an incident that occurred on July 15, 2018.  On that date, as approximately 7:45 pm, a member of the New York State Police approached a car parked along the side of Interstate 87 for a welfare check on a disabled vehicle.  Defendant Erfurt was found in the driver’s seat of her Chrysler Sebring on the shoulder of I-87 north of Exit 16 in the Town of Moreau. The New York State Trooper approached the vehicle and interviewed the defendant.  The defendant admitted driving to that location.  She was disoriented and her breath smelled of alcohol.  When asked about where she was coming from, the defendant said she was lost and had been looking for her cell phone.  The defendant did not successfully complete several Standardized Field Sobriety tests. Based upon his observations and investigation, the NYS Trooper he determined that she was intoxicated.  The defendant was then handcuffed and placed in the front seat of the police car.  As the Trooper was conducting an inventory search of her vehicle, the defendant escaped from the front seat of the police car.  The defendant was apprehended and transported to the state police barracks in the Town of Wilton for processing.

“This case is an example of an encounter law enforcement have with motorists throughout our County too frequently when a person chooses to drive their car while intoxicated, endangering others who are sharing the highway with them”.    Heggen praised the work of New York State Trooper Brian Buchanan who encountered defendant Erfurt on the highway last August and who testified during the trial.