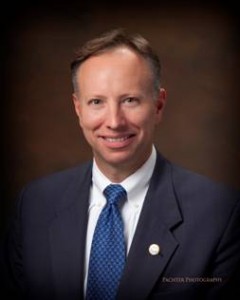 District Attorney Murphy is responsible for prosecuting nearly 10,000 crimes in Saratoga County each year and appears as the People’s counsel in 44 justice courts, County Court and before the Grand Jury. He is the Chief Law Enforcement Officer for 14 police agencies and his office has one of the highest conviction rates in New York State with a population of over 215,000 people.

DA Murphy earned his undergraduate degree at Bates College, his Juris Doctor at the Faculty of Laws in London and Pace University School of Law, and is a graduate of the FBI Citizen‘s Academy.  He received a certificate in Executive Education in Leadership from the John F. Kennedy School of Government at Harvard University.  Governors Pataki, Spitzer and Patterson have appointed him to two important statewide positions: The Domestic Violence Task Force, a body which implements best practices to stop domestic violence, and the NYS Commission on Forensic Science, which oversees the forensic science laboratories to ensure they are in compliance with international accreditation standards.  He also teaches courses in Criminal Trial Practice as an Adjunct Professor at Albany Law School.

DA Murphy is past President and Chairman of the Board of the District Attorney’s Association and has led the state’s 62 DAs in testifying before the New York State Legislature, and  the Sentencing Commission and in meeting with the governor to enhance public safety and protection for all New Yorkers. His efforts resulted in sweeping criminal justice reform and long overdue Rockefeller Drug Law Reform.   He has appeared on NBC’s most highly rated morning program, The Today Show for the prosecution of a controversial and complicated manslaughter case and onDateline NBC in a two hour Dateline Special entitled “The Man Behind the Mask” for his prosecution of a notorious kidnapper who attempted to abduct a high school track star.  He has also appeared on the award winning program, Cold Case Files.

DA Murphy is a leader in establishing drug treatment courts for drug addicts to divert them away from jail cells to rehabilitation facilities all while ensuring that those who prey on our young people by dealing drugs for profit go to state prison, when appropriate.    He has created specialized domestic violence prosecution courts to provide efficient prosecution of batterers and extra services for victims of domestic violence.  He is the NY State Co-Chair of Fight Crime-Invest in Kids, a national, bipartisan, non-profit anti-crime organization of more than 300 police chiefs, sheriffs, prosecutors, other law enforcement leaders, and violence survivors.

Since 1988, DA Murphy has served the people of the state of New York and Saratoga County as a prosecutor, including fourteen years as District Attorney. He balances punishment, deterrence, prevention, education, and victims’ rights, all while ensuring that the interests of justice are served.

For an additional photos of DA Murphy, visit our Photo Blog.