A Saratoga Springs man, Royal Hamilton is convicted after jury trial of assault while in jail on a man in for DWI 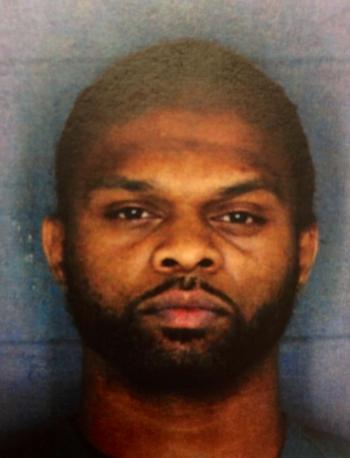 A Saratoga Springs man, Royal Hamilton, while in jail awaiting trial for pending felony drug sale charges, is now convicted after weeklong jury trial of felony assault for beating up a fellow inmate in the Saratoga County Jail. Drug case still pending, but now faces up to 7 years on Assault conviction.

The conviction stems from an incident that occurred on October 9, 2012 while Hamilton and another inmate (Victim) were both incarcerated in the jail. Victim was in the jail as he had been sentenced to 6 months for a felony DWI conviction. During his incarceration and to “make his time go by faster” the Victim applied for and obtained a position as an uncompensated kitchen aid where he worked approximately 70 hrs. per week. On the 9th of October he was in Housing Unit B-1 helping the civilian cooks serve lunch. At 11:30am, the Victim began passing out bowls of condiments to each table in the Housing Unit from a full tray that Victim was carrying when suddenly, the defendant without warning and without justification, “sucker-punched” the Victim square in the face with his left hand. The Victim was knocked to the ground and on his knees when the defendant immediately and violently struck him again, this time in the back of the head.

As a result of the initial punch, the Victim suffered a fractured nose, bruises and lacerations to his upper lip and bridge of his nose, requiring a total of 14 sutures. To this day the Victim also suffers breathing difficulty that he described feeling like chronic congestion.

The DA’s Office called 6 witnesses including Sheriff’s personnel, plus the Victim and introduced medical records. The defendant who took the stand in his own defense claimed he was “justified” in his attack because he said the Victim “messed with his food” and “was about to hit him with the tray”, despite all evidence to the contrary including a video recording of the actual incident. There was no proof that supported the defendant’s story other than his own statement.

Under cross examination by Assistant District Attorney Alan Poremba, the defendant admitted that he was not afraid of the Victim. The jury rejecting the defendant’s claim of justification, found his “story” contrary to the physical and testimonial evidence, returned a guilty verdict on the one count indictment of Assault in the Second Degree. The jury deliberated for about 10 hours.

DA Murphy said “There is no difference if the victim is on the street or in the jail. Everyone deserves the right to go about his business without being attacked. If we do not protect the inmates in our correctional facilities then we will have bedlam and anarchy. Sheriff Bowen runs a professional jail that has rules to keep inmates and corrections officers safe. We must prosecute those who don’t abide by the rules and the law to hold them responsible for their criminal conduct and to deter others from acting out in the future. The jury has done the right thing and justice has been served today.”

The defendant has a lengthy criminal record having been arrested a total of 11 times. He was in the jail for the pending indictment of Criminal Possession of a Controlled Substance 3rd, Criminal Possession Narcotic Drug (with Intent to sell it) 4th Degree PL 220.09, and Criminal Possession Controlled Substance- 7th Degree. In addition, he was being held on a parole hold in that he had violated his felony parole for being arrested on the drug charge out of Saratoga Springs. He faces up to 15 years on the drug charges which are pending prosecution since he is a second violent felony offender, including a conviction for a robbery in Brooklyn, NY in 2005, and faces up to an additional 7 years imprisonment at sentencing on the assault.

Sentencing has been scheduled for November 8, 2013.